At this time of the year, Harvard Square is typically teeming with people moving en masse, which benefits street musicians like Peter Pobodry. A fixture in the Square, Peter is a terrific classical guitarist (I’ve bought several of his CDs over the years). I was glad to see that he had a mask at the ready, but felt bad that the day must have been slim pickins’ for him. The fallout from the pandemic makes its way down every nook and cranny of the economy. Gives new meaning to the concept of “trickle down.” 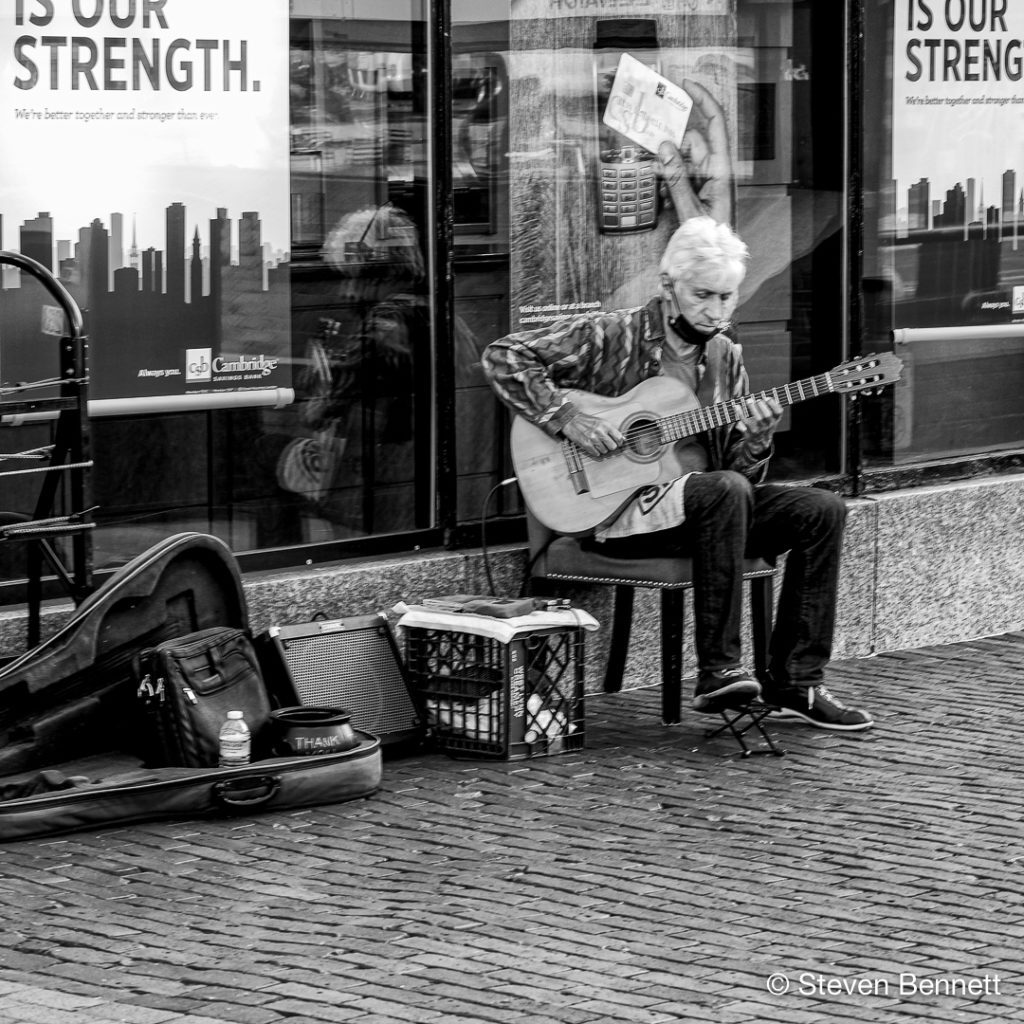